Regardless of skill level, everyone can benefit from agility ladder drills. They are designed to not only improve a player’s agility, but their speed, coordination, and endurance too. In fact, agility ladder exercises are beneficial for nearly every kind of sport because of the skills they’re designed to improve. They’re particularly effective for games such as baseball and softball due to their high intensity training. 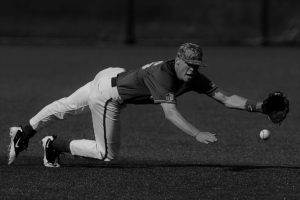 Baseball isn’t necessarily about endurance running. It involves plenty of short, sharp bursts of high-speed running, which has a massive drain on stamina. Agility ladder workouts are particularly useful when training for this kind of sport and are beneficial for all players regardless of their position. Here are some of the best agility ladder drills for baseball and softball players.

This agility ladder drill is incredibly simple and is probably going to be the starting point for many players. It’s designed to improve a player’s speed and coordination and can be widely adapted into other workout routines to make it more complicated.

Each player starts at the end of the ladder, looking down its length. Then they simply run down the ladder, only placing one foot in each square. Although this seems too simple, it can initially require quite a lot of concentration to achieve this.

If you want to make it more complicated, consider increasing the speed at which players run. Also, get them to raise their knees whenever they take a step, as this will improve their running form.

This is the next most simple agility ladder drill, and is designed to teach players to take short, quick steps. This can be a particularly useful running technique for baseball, as it can make all the difference when going for a catch.

To do this exercise, all players need to do is run down the ladder, but this time putting both feet in each square. Make sure the players lift their knees-up high with every step and vary the exercise by introducing different arm movements. Alternatively, get them to catch balls while running down the ladder.

The lateral two-step is a great agility drill for baseball because it teaches players coordination when not running forwards; a very useful skill in this game. This exercise can be made harder by increasing the speed at which players run, or by including arm exercises or ball catching.

Lateral running is one of the best agility ladder drills because it quickly improves speed and coordination. Players should (theoretically) be quite good at running forward but will be less skilled at running laterally.

This exercise involves players starting with the ladder running sideways, standing in front of the first square. They then have to step into the square with both feet and quickly step out again. They then do the same in the third, fourth, and so on.

Players should focus on their running technique with this exercise and aim to keep their knees high. Bring in different arm workouts too, such as shoulder rotations. After all, baseball isn’t all about lower body strength.

On that note, not all agility ladder drills have to be about running. The ladder can also be used to improve upper body strength and speed, both of which are useful in baseball. Obviously, you will be including upper body drills elsewhere in their training, but this is a good one for building endurance.

To do this exercise, a player needs to get into a push-up position with the ladder on either their left or right. Then, remaining in this position, they need to walk down the ladder using their hands.

The drill can be done by putting either one or both hands in each square, but it might be best to start with just one hand. Players of lower skill levels might find this exercise quite difficult to begin with, and so it might take some time before they can do it quickly.

Considering agility ladder workouts will benefit fielders the most, it can be helpful to include fielding exercises into the drills. This will not only improve players’ speed and coordination but help them to focus on the job of fielding too. Bringing in game-like scenarios can really help them prepare for the real thing.

To start this exercise, a player must be facing the ladder head-on. A partner should be standing at the other end. The player then has to complete an agility ladder exercise, and once they reach the other end their partner rolls a ground ball towards them.

Repeat this exercise as many times as you want, varying the agility ladder drill and direction of the ground ball. To make it more complicated, try having them catch balls in the air, or get them to field it to someone after completing the drill. The more you can do to simulate real game events with this drill, the better they’ll perform under pressure.

The best agility ladder drills for baseball should focus on improving speed, coordination, and endurance. These are all valuable skills in the game and can make all the difference to a team’s fielding ability. Agility ladder training should become a part of everyone’s routine and is a great way to warm up for other exercises.

The agility ladder workouts included here are quite basic, but they can all be adapted with different arm and fielding exercises. Once players are experienced using the ladder, it can really help to bring in pitching and catching drills too.

Teaching Sports is the premier resource center for coaches of all levels providing access to the latest training tools and success strategies.

We developed and follow the T.R.A.C. philosophy of coaching when Teaching Sports to athletes of any age:

COACHING IS THE REWARD

As coaches ourselves, we not only understand but live every day the investment, commitment and hard work it takes to provide our players the absolute best environment to succeed.

Sports is 90% Mental and the other half is Physical 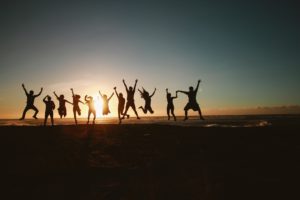